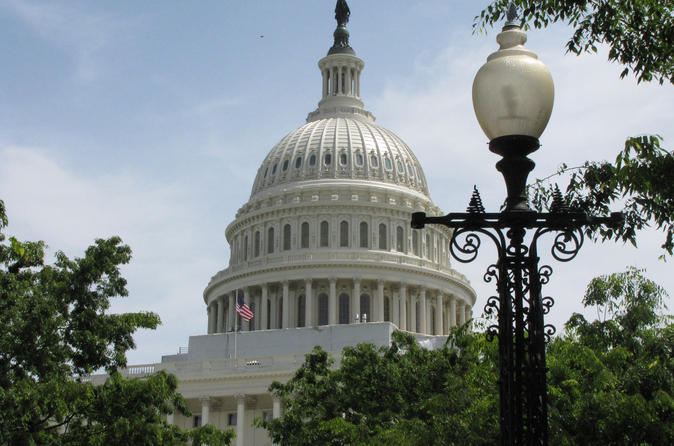 A walk through American politics against the backdrop of Pennsylvania Ave's iconic monuments and buildings.

In the course of this 3-hour tour, you will join either an American historian or a seasoned political journalist for a stroll up Pennsylvania Avenue. Using the city of Washington D.C. itself as a mechanism for understanding the U.S. federal government and the political forces that have shaped it over the last 200 years, your tour begins at the Willard Hotel, where tradition and political lore include the term lobbyist, coined in the 19th century during the Grant administration.

With this Beaux-Arts structure as a backdrop and the White House a block away, take a look at the plan of Washington and gain an understanding of how the city was laid out according to certain political principles. From here, start your walk up Pennsylvania Avenue toward the U.S. Capitol. Make numerous stops along the way at places where American political history has been forged. The exact itinerary depends on your guide's background and expertise, and may include sites such as the Justice Department and FBI buildings where you can perhaps discuss the famous battles between Robert Kennedy and Jimmy Hoffa; or maybe stop in front of the location where Jack Abramoff's restaurant, Signatures, once stood — ground zero for the biggest lobbying scandal in recent memory. Or, you might see the Federal Trade Commission, set up during the Progressive Era to protect consumer rights. You might even stop at all of them.

As you go, your guide links anecdotal and historical details together into a comprehensive narrative that provides context to larger questions about the U.S. government and political power in Washington. Detour off the avenue once or twice; you might visit the National Archives, where the nation's treasures are stored, including an original of the Constitution. You'll circle the Capitol Building, and spend time dealing with the exterior of the building and its role in government, history, and the inaugural ceremonies of presidents. (Participants wishing to take a tour of the U.S. Capitol can book one of the building's tours for the conclusion of your walk on your own.)

Finally, finish at the Jefferson Building of the Library of Congress, which was founded on Thomas Jefferson's private collection. With a glimpse of the beautiful central reading room, consider the implied meaning of this library — that knowledge should underpin political decisions — in light of all you've learned and discussed. If you wish, you are able to book the official library tour at the conclusion of your time with your guide.

A walk through American politics against the backdrop of Pennsylvania Ave's iconic monuments and buildings.