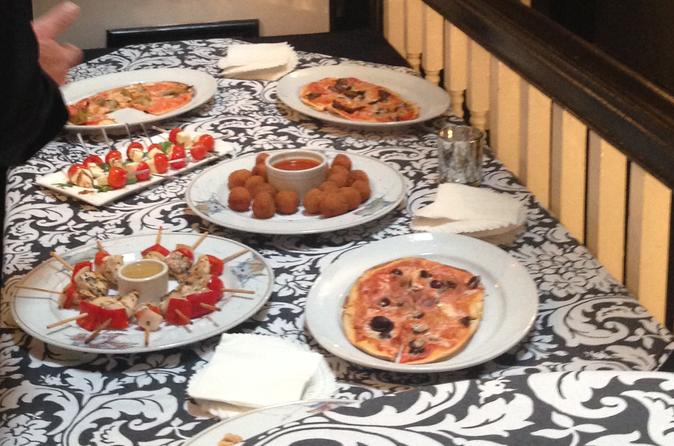 Adams Morgan has been known for its diversity and ethnicity for most of the 20th century.

Adams Morgan has been known for its diversity and ethnicity for most of the 20th century. The turn-of-the-century neighborhood has retained its historic charm while becoming the district's destination for both eclectic cuisine and nightlife.


A gateway for immigrants since the 1960's, the Adams Morgan neighborhood continues to be a home for people of many ethnicities, cultures, races, and religions. The diversity can be seen through its numerous restaurants that include Guatemalan, Nepalese, Dutch, Vietnamese, Ghanaian, Brazilian, Peruvian, Israeli, and Eritrean.
On the Adams Morgan Food Tour, we will visit a variety of ethnic restaurants, enjoying specialties from around the world.


Take a journey through the historic and culturally diverse neighborhood to enjoy a variety of foods along the way. Dishes may include the following:

•Mediterranean favorites like hummus, babaganouj, with fresh made pita.

•Dessert and Coffee from an award winning bakery


This 3.5 hour neighborhood Food Tour features some of the best this area has to offer while telling the story of how a community lead by example and came together to embrace their diversity.

Adams Morgan has been known for its diversity and ethnicity for most of the 20th century.